This has been a week of sad anniversaries. Today marks one year since I lost my cousin Debbie to suicide. I still have a hard time understanding it. I probably never will. I miss her.

I can't believe it's been that long since the September 11 attacks. I remember exactly where I was when it happened (I'd gone back to bed after breakfast), but so much of that day is a blur. I do remember how incredibly beautiful the day was. Perfect September weather.
No one could have imagined that it would become the darkest day in U.S. history. 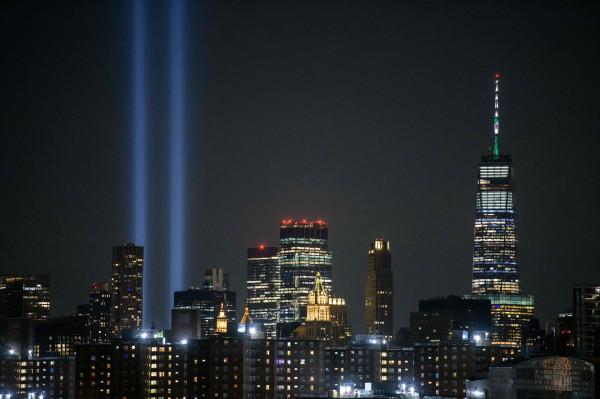 Getting ready for Halloween! I found a great haunted doll house kit at Michaels and assembled it right away. Here it is with Briony and Hairdorables Sallee to show the scale. 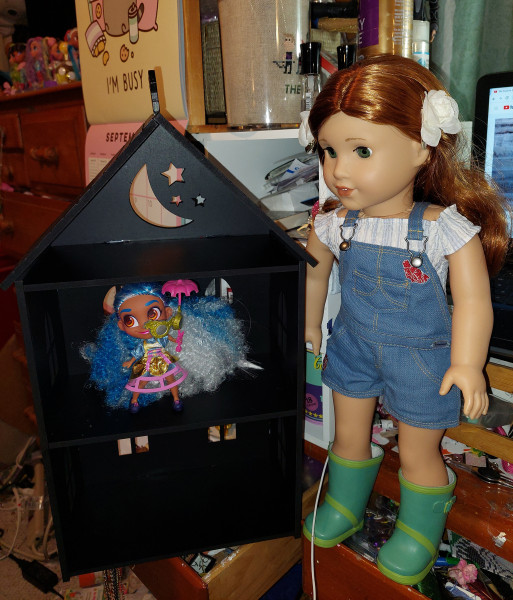 It's not a regular 1:12 scale house. It's still big enough to display a lot of Halloween miniatures and toys, including Funko Pop figures! I bought the Funko of Tom Hanks' Saturday Night Live Halloween character, David S. Pumpkins! Any questions? 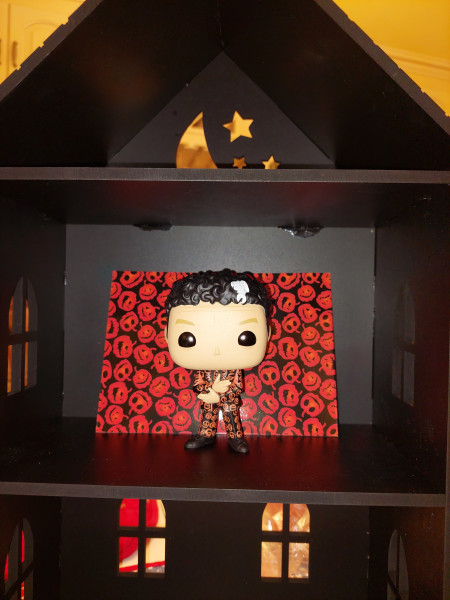 Not much else going on. I'm finally completely healed from my tooth extraction. One little chip was left in after the surgery (oops) and worked its way out. Fortunately, that was the last trouble I had. Mom's high school reunion, delayed from last year, was canceled. She's so disappointed. But now we may take a trip to NYC in October to see Sam. Katie and I are going on an apple picking and wine tasting excursion with a couple of friends in late September. One of the good things about fall- apple picking and seeing the leaves.

My delayed birthday present arrived today! It's the Funko Pop MTV astronaut and it is so cute. It's sitting on Courtney's shelf now. It's so 80s! My last stitches have fallen out, and I took the last antibiotic pill today. The spot where the tooth was is still raw and sore, but healing. I hope I don't lose any more teeth. I actually did need the prescription ibuprofen today because I had a migraine. It took care of it fast!

Virginia was rattled by a 5.8 earthquake (initially estimated as a 6.0). I had never experienced a quake before. It was terrifying because it was so shallow.
IIRC, it was felt as far west as Utah! At least according to the USGS "did you feel it" map. I remember that kitten Rory hid for two days. My former church in Fredericksburg had $30,000 in damages. The National Cathedral in D.C. will never be fully repaired.

West Coast folks may mock us for being so scared, but A: We rarely get big quakes. The largest ever East Coast quake was in Charleston, South Carolina, in 1885. And B: Quakes here tend to be very shallow and are felt over a wider area.

Mineral, Virginia, the epicenter,
was a mess. No one died, and I don't think there were any injuries, but it wasn't something we could forget easily. At my house, the only damage was a couple of shattered wine glasses and picture frames knocked off kilter. Or so we thought. Mom and Dad's well had damage that gradually worsened until last summer. It had to be totally replaced.

Very 80s. I think this looks like pages from an Esprit catalog! 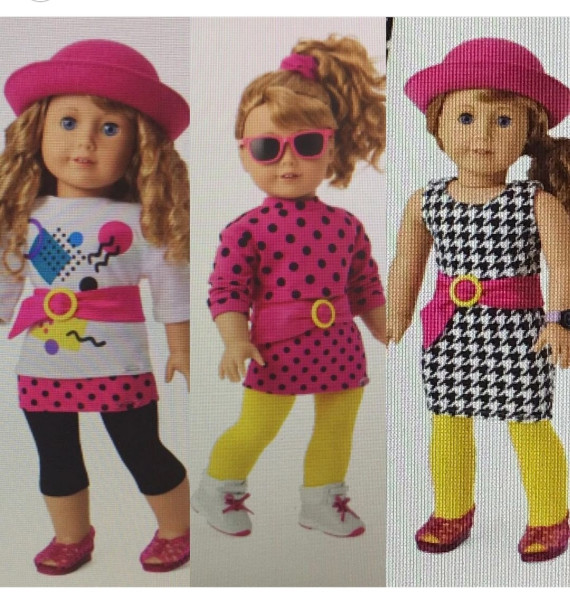 Looks like another mix and match set.
I had a pair of jelly shoes in the 8th grade!

Forgot to credit alexandradperrault at Instagram for the photos.

I've been looking through photos of Giada today. I'm reposting a few.

She was a cute puppy. 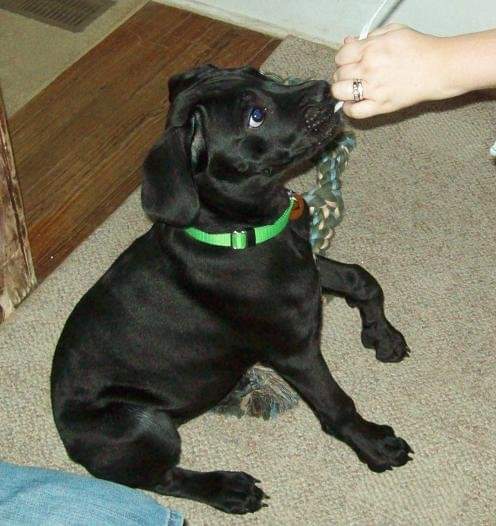 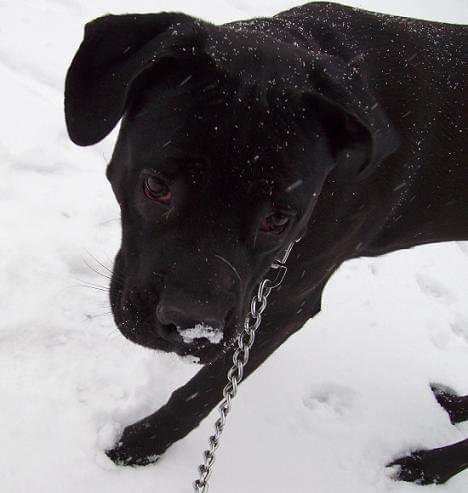 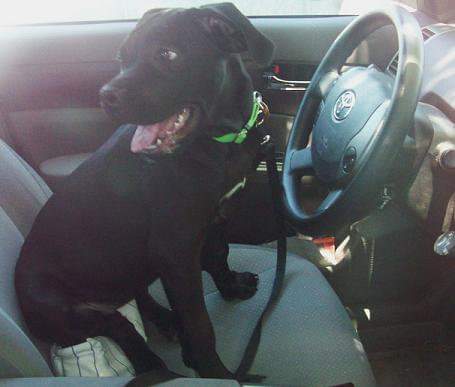 She always liked going to the Blessing of the Animals at church! 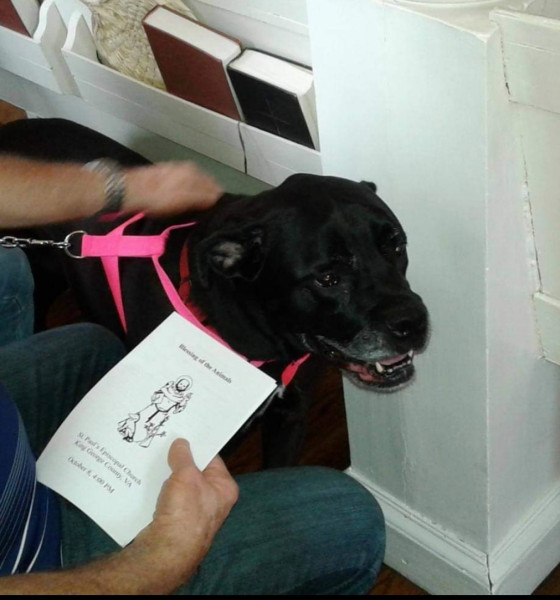 And she loved her mommy. 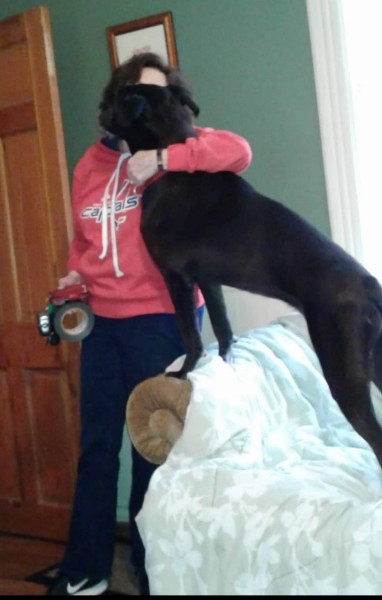 Poor Katie. She'll probably never get another dog, or it will be a long time before she does. Giada was one of the best.

We celebrated Katie's birthday on Tuesday. She wanted to try a new restaurant called Tapa Rios. She made a good choice. It was fabulous. 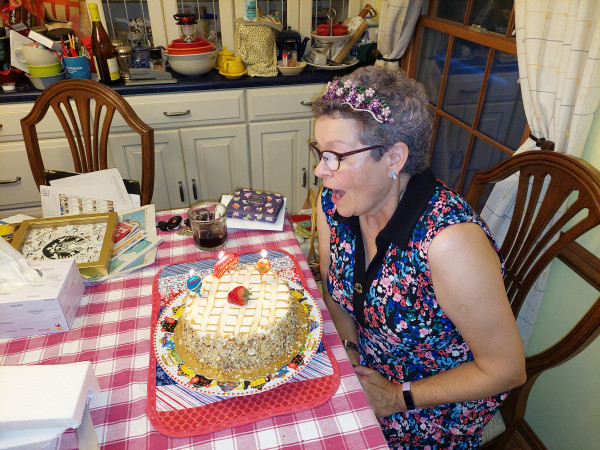 I'm still not fully recovered from my tooth extraction. There's swelling and pain, but it's improving. Hopefully I'll be feeling like myself by the weekend.

American Girl leaks! Photos of what are likely the new World by Us contemporary characters are popping up all over Instagram. They're very pretty and one has a totally new face mold. I like all three. These may just be prototypes and the final product may be different, but I like what they're showing so far.

This must be Evette. She has a real vintage, earth mama vibe. 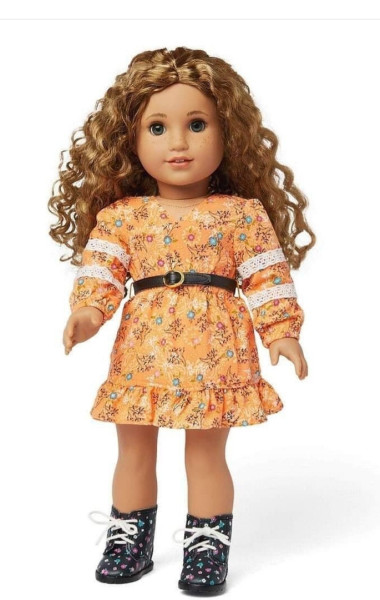 The new mold. This is probably Makena. Love her braided hair. 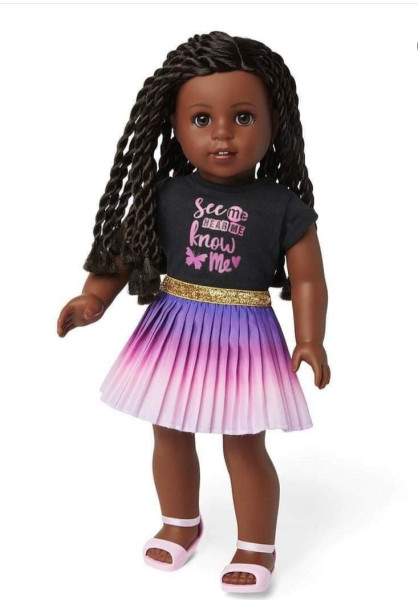 The Joss mold with long, dark hair. This is most likely Maritza. 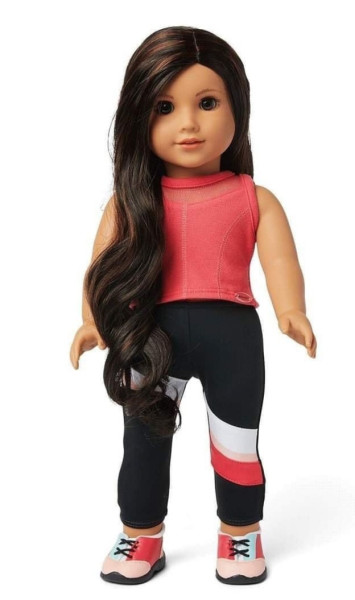 I definitely want all three.

Courtney's T.V. and Fitness set is insanely adorable. The details on the T.V./VCR are amazing, and the pre-programmed little scenes are well done. They even added static and colorbars! 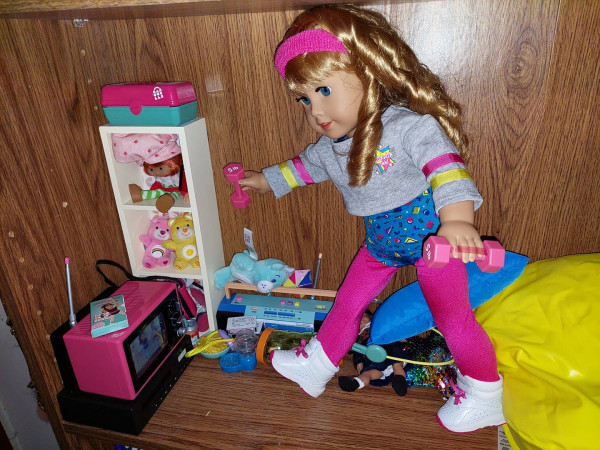 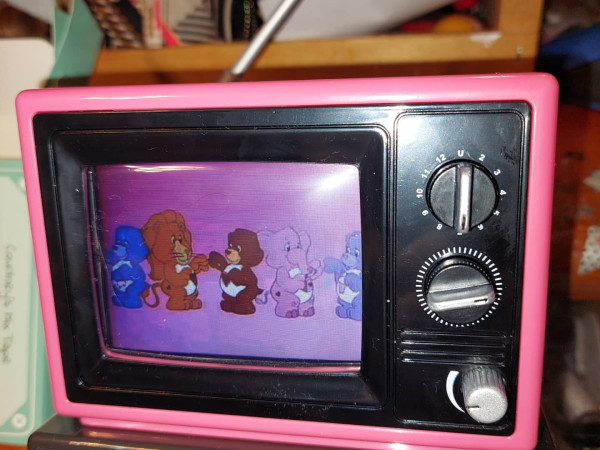 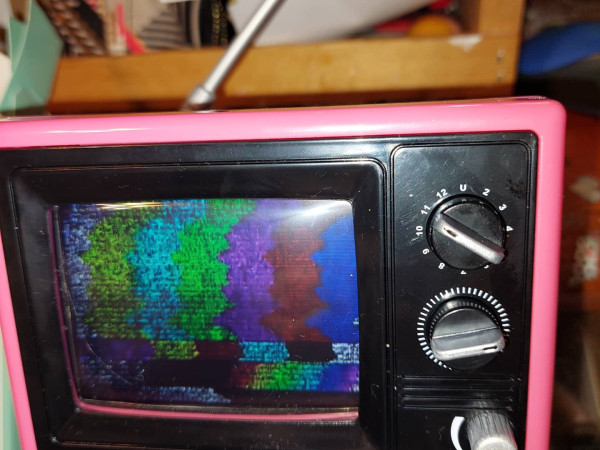 The set came with a freebie- girl/doll scrunchies to match Courtney's splatter dress. 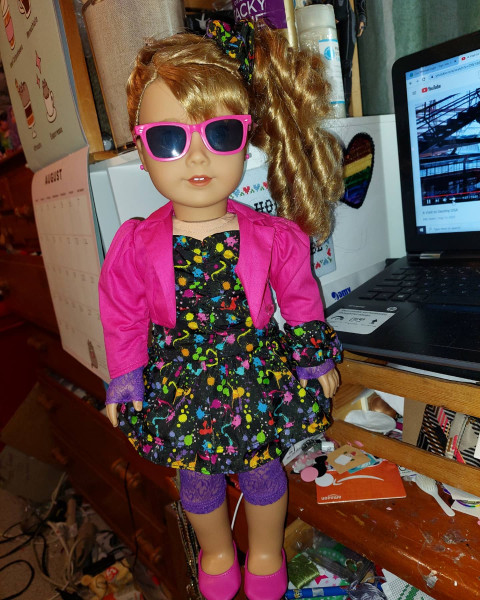 Finally, I went to the mall yesterday to get birthday presents for Katie, and got a few things for myself. Two Hallmark ornaments- the 40th anniversary MTV and the Madame Alexander annual. And Belle's gown from Build-a-Bear for Joss. With a few cleverly placed safety pins, it fits her perfectly. The MTV ornament will decorate Courtney's T.V. until Christmas. 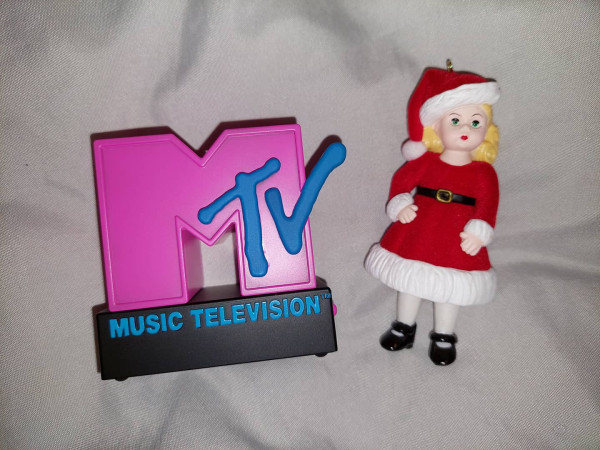 Katie had to have Giada put to sleep today. Poor doggy had an inoperable tumor. She was a great dog. Eleven and a half years is a good age for a Cane Corso. I'll miss her so much!

I had my broken tooth extracted today. I'm hurting a lot and drooling a bit. I'm eating a Frosty for lunch. It's all I can manage. Still not totally recovered from the anesthesia.
Collapse